Gamblin Reclaimed Earth Colors have been released in 3 new colors.

A history of sustainability

Our first Reclaimed Color, Torrit Grey, reduces the amount of waste that goes into landfills and encourages responsible living and art-making.

In this spirit, we are proud to introduce a range of first-ever colors that were years in the making: Gamblin Reclaimed Earth Colors.  Similar to Torrit Grey, these are made with pigments that have a story.

The Ohio and Mississippi Rivers are among the most polluted in America. Not from litter, but from the Industrial Revolution, when America’s unquenchable thirst for energy exploited the land in its quest for coal. Today, thousands of square miles of coal mines lie abandoned and improperly sealed.

When rainwater seeps into the underground mines it becomes contaminated with toxic levels of heavy metals and acidity. The contaminated water then flows into streams and rivers where the metals oxidize and turn yellow, orange, and red. Officially, the term is “Acid Mine Drainage” (AMD). Unofficially it’s called “toxic sludge” and it’s left once-thriving ecosystems unable to support life. Gamblin Reclaimed Earth: A solution and a collaboration

For over a decade, Artist John Sabraw (pictured below), Engineer Guy Riefler (above), Environmentalist Michelle Shively, and a team of students at Ohio University have been trying to develop a sustainable solution to this problem. And they have.

The process begins with collecting contaminated water in large tanks. To neutralize the water’s acidity, a base is added, then oxygen. This causes the dissolved iron to crystalize and settle. The result: clean water on top and non-toxic iron oxide pigment on the bottom. The clean water is returned to the river where it is safe for aquatic life* and the iron oxides are dried into lightfast and safe artist pigment. The pigment is heated to various temperatures to achieve each color.

*The team has discovered that within just one year after cleanup, life returns to these once barren waters. This is where Gamblin comes in

As a color house that promises to be kind to artists and the environment, turning this pigment into paint was something we felt both compelled and honored to do.

In 2018 we officially joined forces by making one full batch of paint with the reclaimed pigment. The process to collect the pigment worked, and an oil paint manufacturer was on board. The concept was no longer just an idea, it was a reality. Three years ago, a man walked into Gamblin with a dream. His dream was to restore life to the most polluted rivers in America. And in so doing, create new pigments that painters and others could use to create art. We loved his idea and have been collaborating with John Sabraw and his team ever since. 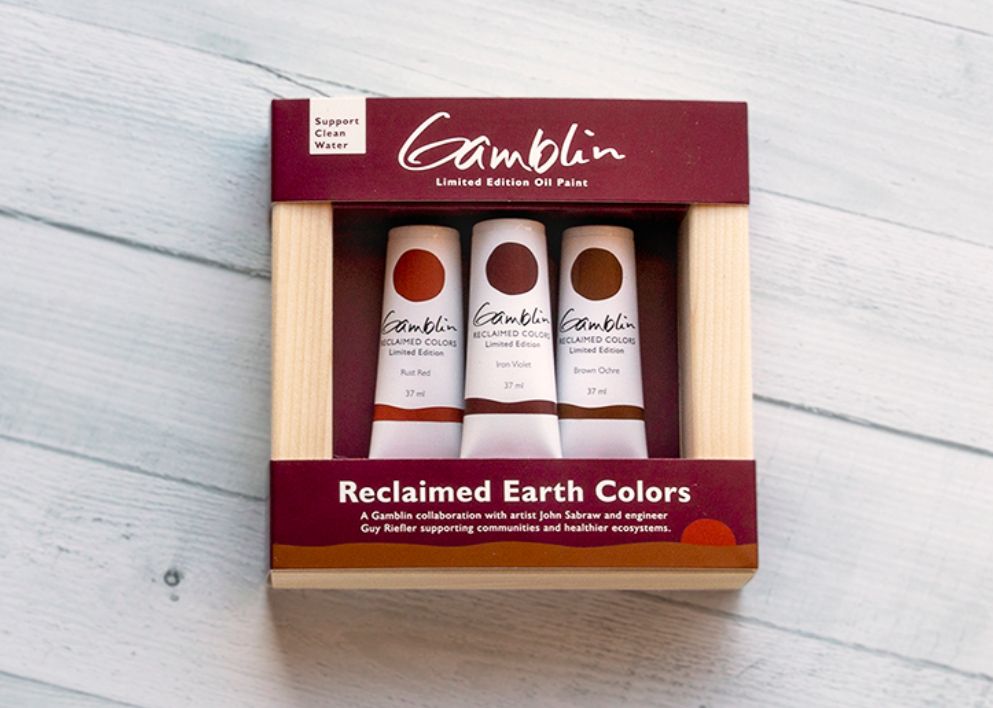 The collaboration and the Gamblin Reclaimed Earth colors

Every speck of pigment in these tubes has been painstakingly reclaimed from waters tainted by iron released from mines. Iron oxides make lightfast, natural, and safe oil paints. We want to put them where they belong. On your palette.

As a color house that promises to be kind to artists and the environment, turning this pigment into paint was something we felt both compelled and honored to do. We are donating 20% of our sales on the set to support this on-going effort. 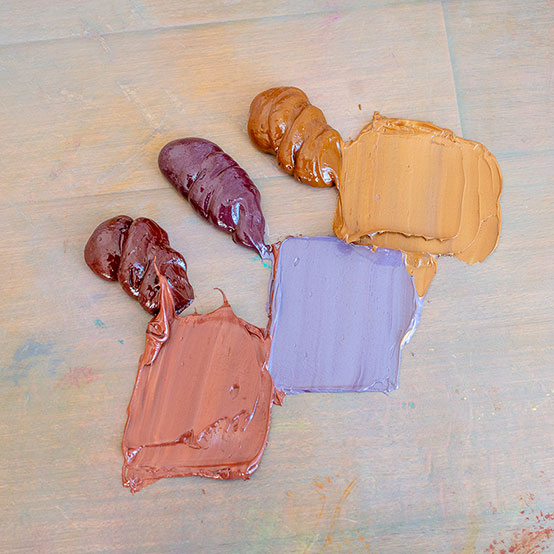 Is today the best day to talk about a new product? Probably not. But we could all use some good news and inspiration these days. And the story of John and team is one that needs to be told…in these times more than ever.

We admire and want to support their courage and determination. These fine people have stepped-up to heal ecosystems and hard-working communities long-abandoned by industries that took what they wanted and left the consequences for others to carry. You inspire us and we are proud to stand with you.

This is such an amazing idea. The three colors included in this set are Rust Red, Iron Violet, and Brown Ochre. The tubes are actually packaged inside a 6″x6″ primed Baltic birch wood panel made in Oregon by American Easel. The Gamblin Reclaimed Earth Colors set is available at Blick for $39.00 I haven’t had a chance to try these yet. Have you? The tints shown in the photo are gorgeous. Let me know what you think.

Ann is the founder and editor of MacKendrew Arts. You can read more about her on the About page. 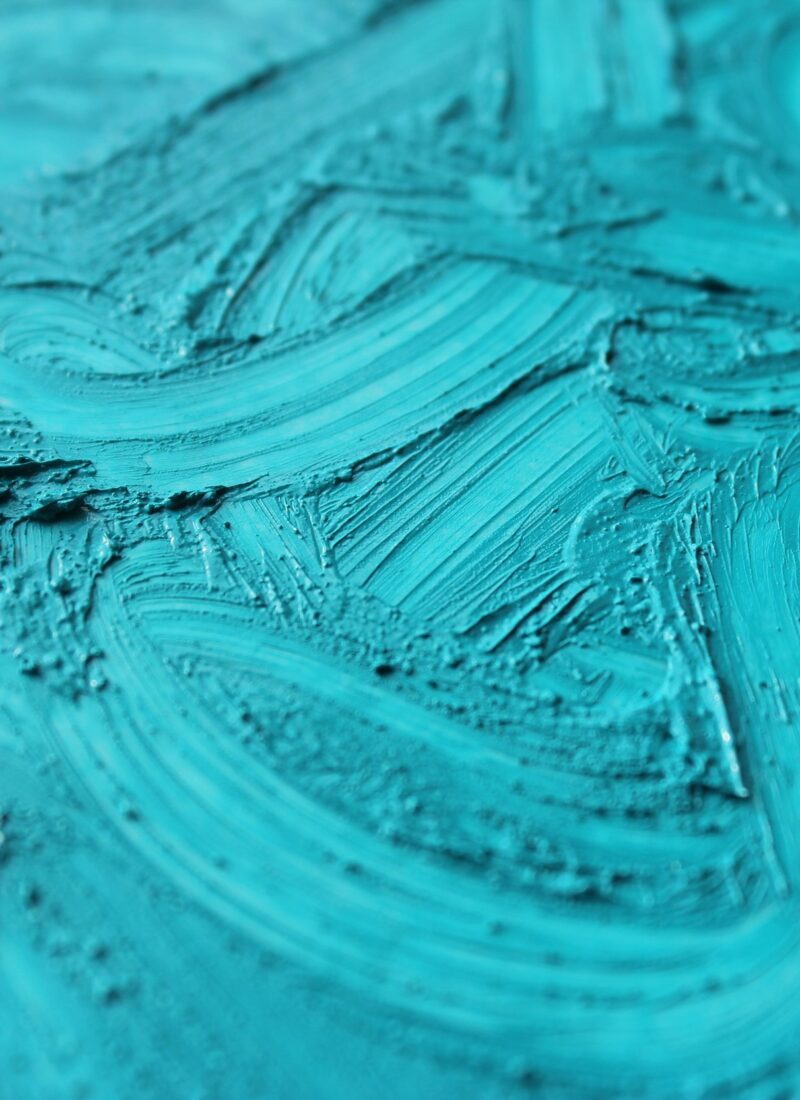 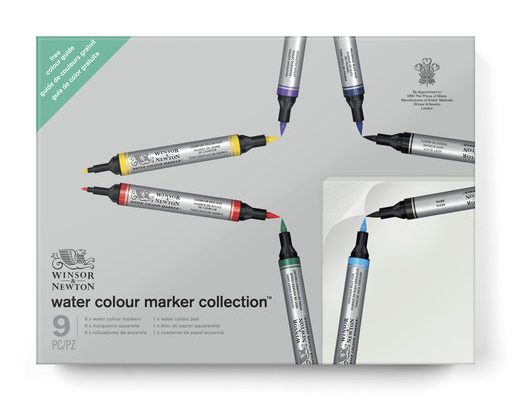 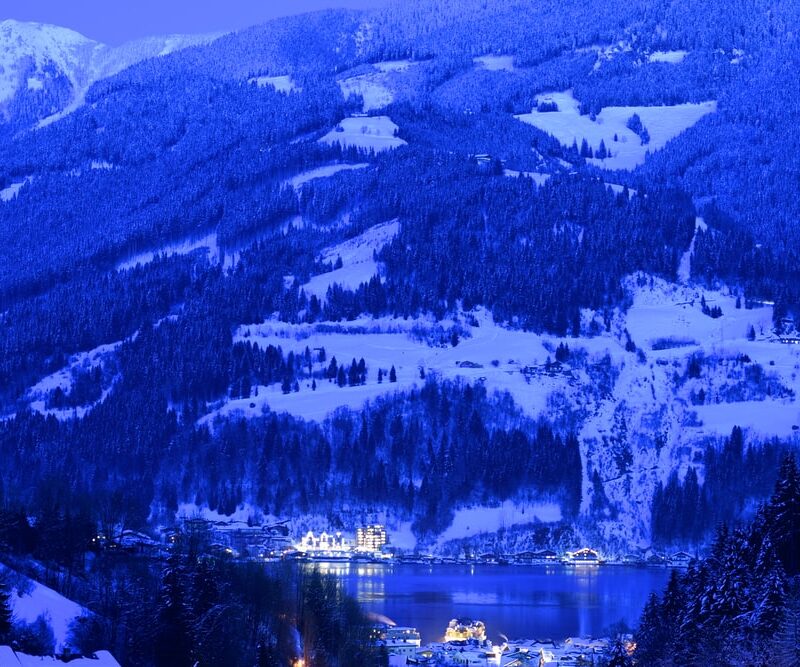 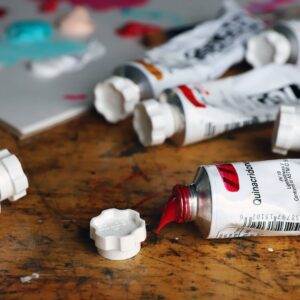 MacKendrew Arts uses affiliate links which may generate a small commission from clicks that result in a purchase. This is at no additional cost to you. For more information refer to the Terms of Use page.